On Tuesday, the Golden Globes 2023 returned to NBC after the network refused to air the show last year.

This year, the 2023 Golden Globes 2023 the 80th iteration of the ceremony—returned to the Beverly Hilton in Beverly Hills, and with it, a homecoming for glamour, and all the show-stopping red carpet moments that kept viewers talking long after the show had aired.

With Ana de Armas, Viola Davis, and Michelle Williams all competing to win best actress in a drama and Angela Bassett, Kerry Condon and Jamie Lee Curtis going up against each other for best supporting actress, the evening was a night to remember.

It seems as though the colors this season are black and pink. The big theme of the night included gothic glamour, with actors like Jennifer Coolidge, Natasha Lyonne, Daisy Edgar Jones, Jamie Lee Curtis, Jeremy Pope, and the now late Lisa Marie Presley, whose last public appearance was at the Globes. Pink was also the color to wear, as Margot Robbie, Julia Garner, Elizabeth Debicki, Seth Rogen, and more brought it to the red carpet.

See my fave fashion, outfits, and looks from the 2023 Golden Globes below. 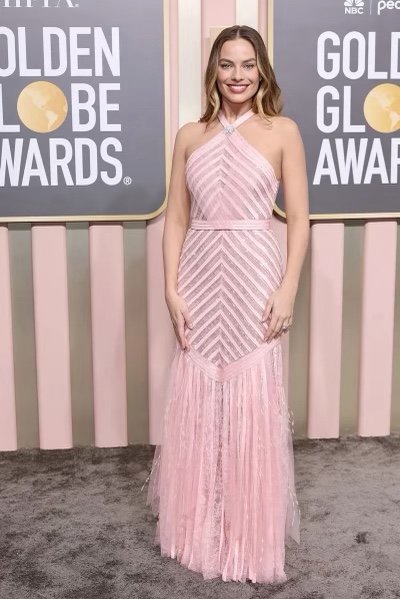 Since Margot Robbie is Barbie in the new movie, she rocked a pink custom Chanel couture dress and high jewelry. She looked gorgeous.

Rihanna, singer of “Lift Me Up”, wore a black gown, Giuseppe Zanotti shoes, and a Roger Vivier clutch. One of my favorite looks of the night! 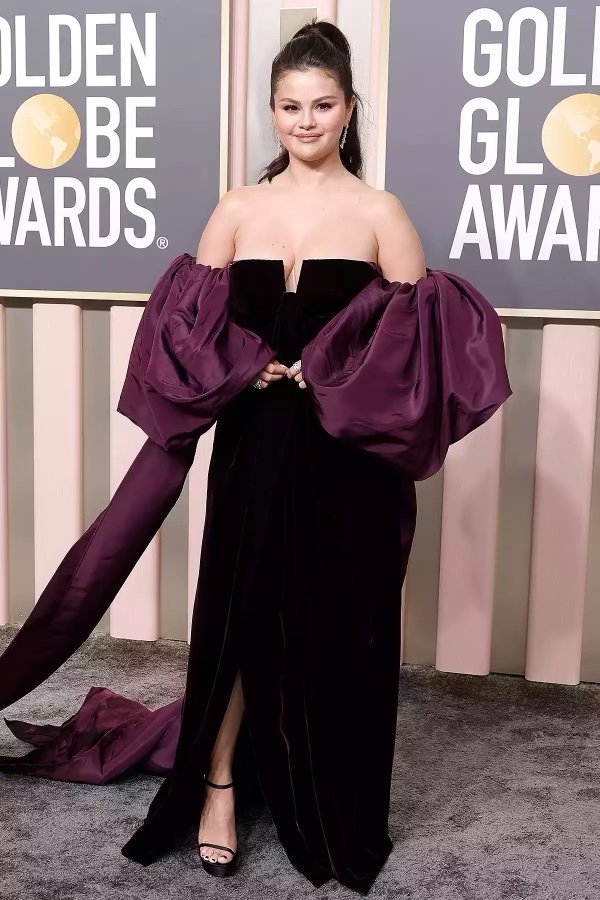 Selena Gomez wore a velvet Valentino column with a high slit and statement sleeves and Santoni platform sandals. I love her but unfortunately, the look wasn’t her best this time. 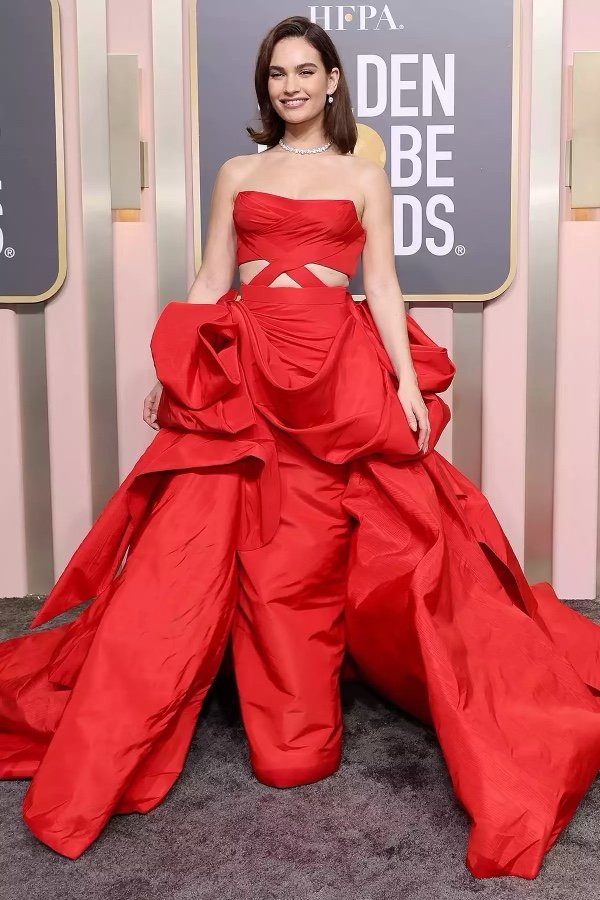 Ooh La La!! Lily Collins, the Pam and Tommy nominee, chose a custom Atelier Versace gown with stomach cutouts and accessorized with a diamond choker and earrings from Harry Winston. I love her in red but I wish the dress didn’t have those cutouts and if only the dress was a little more princessy. 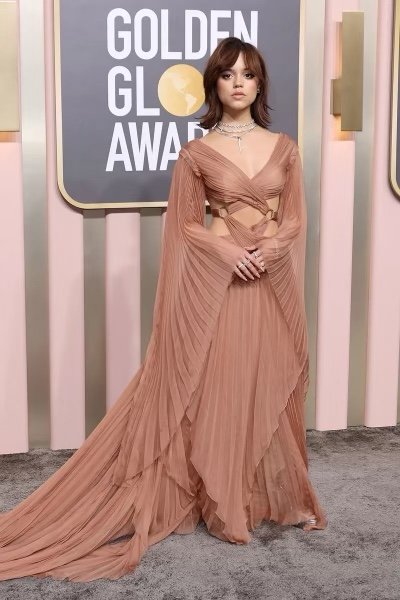 Last, I really thought it was unique what Jenna Ortega went with. She always wears black to support her character “Wednesday” so it was a surprise to see her in a nude shade by Gucci! She rocked it!